Want free resources that will challenge your faith?

Hi Friends, Jemeia here! Today I am ecstatic to interview my dear friend, Moriah. Moriah is a wonder. Quite frankly, she is the most insightful and logical thinker, in my opinion, of our generation. Remember her name, Moriah Johnson, because she will change the world one day.

Moriah is not only awesome, but she is an activist and the founder of Things Black Bodies Do (TBBD), a digital storytelling platform of black people used to empower black people. To learn more about Moriah’s amazing work and aspirations, keep reading!

P.S. Be sure to check out the links to Moriah’s projects at the end of this interview.

1.Tell us a little bit about yourself and some things that you are passionate about.

My name is Moriah Johnson, I am 24 years old, I live in Chicago and I am pursuing my Master’s in Public Policy. Generally, my passion lies in ending systemic oppression and racism. In terms of lofty goals, I primarily want to fight these issues via policy and law reform in the areas of education and community development.

I think that education is a powerful tool of both disempowerment and empowerment depending on the way it is wielded. Often times, poor quality education reinforces cycles of poverty and limits the choices/power of entire communities. I want to give people their choice back. As far as community development goes, I see many issues are connected to each other in a feedback loop and unless they are all tackled, the system will continue to reinforce itself.

Violence, poverty, poor-education, etc. are community issues that need funding and support from the government, but ultimately have to be fought by the community members. Policies and laws have historically disenfranchised populations of color, which means they are connected to the root of the systemic problem and should be attacked first.

Policies and laws have historically disenfranchised populations of color, which means they are connected to the root of the systemic problem and should be attacked first. Click To Tweet

2. I know that you are currently in graduate school. What are you studying? Why? And what do you plan to do with your degree?

I am studying public policy. I hope to pursue my Juris Doctor (JD) next..perhaps a PhD as well. I essentially want to be an expert on all these issues and understand it to such a degree that I can truly transform the policy and legal world. I just want to help elevate the status of all people of color. So we have opportunities, we know what our options are, we have collective power and we see ourselves as leaders. I want to give more people of color access to this “table” everyone talks about.

3.What is the heart behind Things Black Bodies Do (TBBD) and what do you hope to achieve through this platform? What particular event(s) first inspired you to start TBBD?

The idea behind TBBD was really simple. I was frustrated with the seeming propaganda the news was putting out about black people. Summer of 2016, there were so many reports about young black men and women being shot and killed by police and I started to believe perhaps they are showing us these images to teach us something.

I am passionate about photography and storytelling. I think images form our worlds; they tell us who we are and who others are and perhaps even how we should treat others. They are a tool of education and propaganda. Seeing the same image over and over can shape your belief about whatever that image displays.

So TBBD is a digital storytelling platform that uses both photography and prose to tell the simple and beautiful stories of people of color. To spread positivity and the belief that black is good and human. That blackness matters and that black people are not a threat.

4. Recently, you started a new project called Thinks Black [….] Say, as a part of TBBD. Can you tell us your heart behind it and what you hope to achieve through it? What particular event(s), if any, inspired Things Black […] Say?

So an amazing black male poet reached out to me (Tyree Thomas) and asked if he could release his poem, ‘Dear Black Boy’ on my platform and I was like YASSSS. So we met up and I filmed it and then we ended up just talking and I filmed part of our conversation and his fantastic girlfriend was there (Chantelle Moorer) so I filmed her.

The shots were rough because I am not a videographer, but I felt so inspired by them. I thought maybe other people would enjoy hearing from black voices. Super simple. So we maintain the same idea of TBBD, but through a new media. I am learning to be a videographer of sorts, but really the idea is just sharing honest conversations between me and members of the black community about issues that affect us and beliefs that reflect us.

5. A few years ago, you organized an event called The Grimace Scale. Can you tell us a bit about what it was and what inspired it?

This was emotional. This was an event birthed out of every single feeling that 2016 made me feel. I decided the black community needed some catharsis. A space to yell, scream, demonstrate frustration and then celebrate and laugh. It was more powerful than I anticipated.

I invited people to come and process their feelings in front of my lens. What touched me the most was the beautiful responses to my questions regarding blackness and what it meant to be black. Most people were proud of their blackness, even in the face of challenges and social rejection, they wore their blackness as a badge of honor, proudly.

6. How do you feel the Gospel and your faith inspires your projects and you as an activist? What do you think God has to say about racism and how the church handles the issue currently?

Truthfully, I don’t have a particular scripture that I lean on. All I know is that I am a Christian, I have love in my heart and I want to see the oppressed, disenfranchised, uplifted. The majority of those who are disenfranchised happen to look like me.

I think about Esther. I think about how strongly she felt called to help the Jewish nation and I think I have taken on a similar mantel. I am not asking for aid or welfare, I am just asking for an opportunity to empower my people to help my people.

GOOD QUESTION. Dang…this is a continuous struggle for me. Sometimes I feel like Christianity is so darn white that I am not sure how a black woman fits into it all. Then my brothers remind me that God is obviously a black woman and I feel a little better…

Jokes aside, I have to believe that God created me as a black woman. Those details matter. Some Christians would like for me to believe we are all one, there is no Jew, Gentile, male, female, black, white…and the bible says. But I don’t think it means we overlook those distinct details, but rather we don’t use them as tools of division. We can be diverse and not be divisive. It is okay to celebrate my blackness and still be a Christian and feel like I am a part of one body in Christ.

We can be diverse and not be divisive. It is okay to celebrate my blackness and still be a Christian and feel like I am a part of one body in Christ. Click To Tweet

What makes it the hardest and what makes me just sad, is that supposedly we are one body, but a huge majority of the body doesn’t acknowledge the hurt of another part…how can that be? How can you say we are one body, when a part of the body is being shot and killed, literally, and you aren’t saying anything? Paul says, we believe therefore we speak (2 Corinthians 4:13) and it is talking about the gospel, but I think the principle is true: if you believe something strongly, you should speak up.

8. If you could leave your print on this world in one way, what legacy would you leave behind?

So basically, I snapped my fingers the WHOLE TIME OKAY?!? Thank you 1 million times for speaking truth, Moriah! See more of her work below!

Jemeia is passionate about Jesus, social justice, health and wellness, self-care, and self-love. She started writing because she’s a firm believer that the Gospel can speak to any situation we face in life. Her heart is to be vulnerable and share what she’s battling in hopes of assuring women that they are not alone. Even though she’s a huge introvert, she says that she can eat for about three people and loves discovering new music! But most time, you can find her binge-watching a series on Netflix or Hulu. 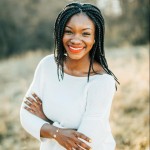 Jemeia is passionate about Jesus, social justice, health and wellness, self-care, and self-love. She started writing because she's a firm believer that the Gospel can speak to any situation we face in life. Her heart is to be vulnerable and share what she's battling in hopes of assuring women that they are not alone. Even though she's a huge introvert, she says that she can eat for about three people and loves discovering new music! But most time, you can find her binge-watching a series on Netflix or Hulu.

This site uses Akismet to reduce spam. Learn how your comment data is processed.

Decide in your heart what you're going to believe.

So many times, we put much pressure on ourselves t

What are you believing today? PS. Are you joining

Well the results are in! We got everyone's availab

"The less you know yourself, the easier it is to b

Lay down your sadness, and receive His joy. Lay do